After seeing Bilbao Basket – FC Barcelona this afternoon, I have been left with quite a few offensive and defensive details of both sets, but in this inning I will focus on an offensive action by those of Sito Alonso and scar Lata, in the 35th minute of the match, with 60-61 for the Catalans.

Quino Colom plays a hand-to-hand situation, which ends in a Dejan Todorovic Alley-Oop, in an action where offensive deception with the movements of the rest of the players on the court is decisive to release an easy basket.

Colom plays hand-in-hand with Todorovic, while the Wragge wing-back moves to the ball-side, and Williams and Mumbrú are side-by-side. 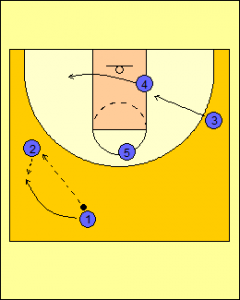 After regaining the ball base, Todorovic runs around Williams and Mumbrú, immediately exiting the international winger to an outside-shot position leaning on the team's 5 block. 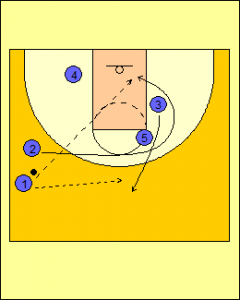 The offensive plan featured two clear alternatives, the first, the basket near Todorovic's hoop, the second, a front shot released for Alex Mumbrú.