In addition, we will also discuss communication in individual development workouts, and how we can communicate during team practices.

We could start it showing video sequences about our opponent (same scheme as in our self-scouting), or we could choose to show the opponent’s scouting video in an only viewing (Thursday or Friday).

We are going to choose, in this case, carrying out the next opponent’s scouting session just before starting the last practice of the week, so in this one (Thursday), there will be no video session for the team.

Without big differences compared to the rest of the previous talks at the beginning of the practices, so we are going on a similar communication scheme:

– Main goals of the practice.

– Where we want the players to stay focused.

In the same way, we will also go on the basic scheme of previous practices, with a brief speech in the center circle, and joining hands just before the end.

1 – Scouting of the opponent team

We are facing up the last practice of the week, before the game that we are going to play the next day, and we do it starting with a scouting session, analyzing the opponent team.

During the previous practice sessions, we have surely been working on the court different situations that we are expecting to find ourselves in the next game, but now it is about sharing with the team images of our rival.

We will split the scouting video into three areas: offense-defense-individual. In this regard, I am leaving you a link to an article in which I spoke about the scouting’s work.

We will analyze the opponent team, for no more than 20-30 minutes, and with a video that will last between 6 and 9 minutes. During this time, we will focus on what seems most relevant, positively, and negatively to our opponent and his most important players. 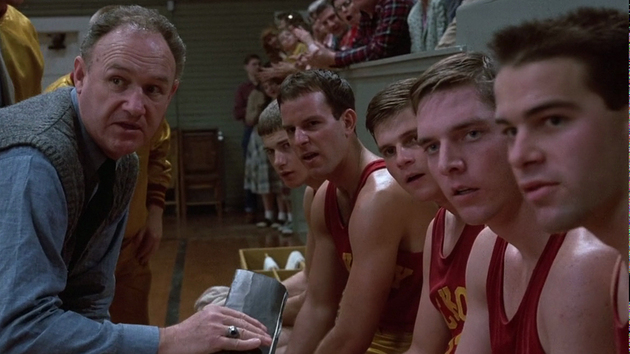 Where are we going to watch the video?

In this case, we will go to the scouting room or the press room, and if we do not have them, to the locker room, in order to carry out the viewing.

Participation of players and staff

As on previous occasions, the head coach is leading the communication, and the assistant coach may intervene in those parts of scouting where he has a specific responsibility. For example, analysis of the opponent’s sets, individual details, etc.

If the scouting has been prepared by our assistant coach, it could have greater communicative weight, usually explaining it as long as the head coach is making points, or setting the guidelines or rules.

Player’s participation can also be interesting at this time, especially if questions are coming up. It is important that the team finishes this video session with clear ideas, before working on the court.

We are bringing back, succinctly, the most important ideas which have been seen by us in the scouting session, in order to connect this one with the tasks that we are going to work on the court, analyzing the offensive and/or defensive actions of the rival team.

In addition to this, we will keep going with the usual scheme: practice goals + where we want the players to stay focused.

This speech will be the last one of the weekly practices. In it, we are going to talk about the details of the practice that has just ended, and we are also going to remember the main keys for the game, both tactically and motivationally.

We will finish it, as in the other talks, joining hands, and with our minds set on the new competitive challenge that we are going to face up in a few hours. 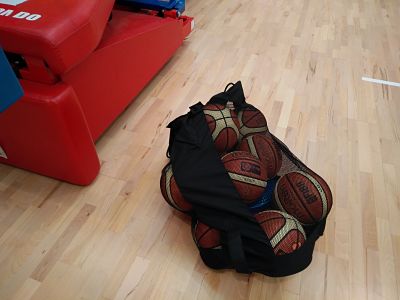 This kind of practice, on a voluntary basis, is also a good time to find communicative spaces with the players who can/want to participate in them.

Searching for strengths and weaknesses, exchanging ideas and impressions on topics related to the game, and it would even be a good time to chat on more personal issues, very important above all with players who are living far from their homes and their comfort area.

HOW ARE WE COMMUNICATING DURING PRACTICES?

Thinking about the development of team practices, it is important to talk about the “meanwhile” as well.

Some premises, that could be useful in communication with the players during the practices, are the following ones:

– Communication during drills, with corrections, requirements, and giving relevance to the usage of positive and negative reinforcements. The level of usage, the level of pressure on the player, such as volume, body language, etc. will depend on the respective coach.

– Communication during “breaks”. We can approach the “break” as a time out, giving instructions to the players regarding the following drill, connecting this idea with real game situations, where the player, during breaks (TO), must physically recover and at the same time must pay attention to the indications of the coaches.

However, we can also use these “breaks” to communicate with our staff, analyzing how the drill or the tactical situation was executed before this little break, and/or talking about the next scheduled task.

As for communication with the staff, this should be fluid throughout the session, exchanging impressions, feelings, technical/tactical information, and giving the assistant coach space to speak with the players, make some corrections, etc.

Up to what point can an assistant coach intervine?

Of course, it will be the head coach’s decision. Could a drill be stopped by the assistant to make a correction? Will we allow him to correct and be proactive, but without stopping the drill? Will we barely allow him to cheer and make any corrections to the players who are off the court?

I understand that the decision to stop a drill should be taken by the head coach, except for special cases that are justifying this fact, or in situations “agreed” from the beginning. For example, if the assistant coach has planned the drill and he is running it, he should have the ability to stop the drill if he feels it necessary, but always within the “practice plan” of the head coach.

The “freedom” of action should also be flexible in those drills in which we are dividing into groups, and in which the assistant coach has a greater communicative specific weight.

However, the head coach must always set the practice’s pace (competitive pace vs. learning pace), so he will be who decides whether a drill can be stopped more or less, the interference’s level that the staff can carry out, etc.

The level of confidence, existing within the staff itself, will be decisive at this point, because the technical staff that has been working together for a long time, it is easier to find the necessary complicity to know how to act at every moment, understanding the “timing” of the head coach.

And all this, remembering what we have mentioned in the first article: the “quality” of the message is not necessarily linked to its “quantity”, nor to the number of times we can communicate with the team.

There are different “communications“, and it will be the coach who, within his self abilities, decides which may be the most appropriate for his team, thinking of a collective and individual level.